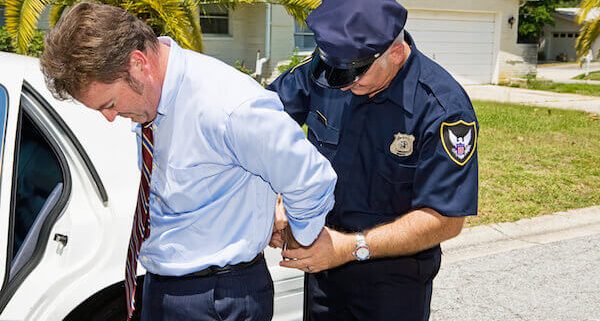 Miranda Warning is the legal right of an arrested person to refuse to answer questions and have an attorney during interrogation. Research presented by the University of North Texas professor at APA’s 2011 Annual Convention found that about 1 million criminal cases in the US are compromised yearly since the suspects are unaware of their constitutional rights. Another study found that out of 9.2 million arrests in 2009, about 10% or 976,000 were compromised by the Miranda Rights issue. Police also do not explain well since they are under the misconception that defenders understand their Miranda rights. Arrestees also often feel that they know their rights and do not listen.

But it is vital since Miranda rights safeguard criminal suspects from law enforcement and remind them of the Fifth and Sixth Amendment rights before police questioning. Read on for a detailed discussion of what happens if you were not given the warning.

The court will consider multiple factors before determining if the custodial environment was coercive and compelling. These are taken into account to assure that the conversation was consensual before proceeding further. Also, it can help the court understand the psychological and physical restraints on a person’s freedom during the cross-questioning session.

Most courts use a system called Reasonable Person Standard to determine if the custody was valid. This means that if another person in the same situation as the accused would have felt free to leave after the conversation. If yes, then they were not in custody. At this point, the Miranda Right might be exercised.

What Happens if the Rights Were Not Read?

The Supreme Court defines interrogation as ‘express questioning or its functional relevant’. Anything said during this period, without a Miranda warning, is ruled inadmissible. This is done since constant pressure and stress might put you at risk of saying anything that could damage your case. However, the case is not automatically ruled out neither you are protected against the offense but the only statement will be suppressed due to what is known as procedural error. This is termed a Motion to Suppress and is usually filed by the criminal defense attorney. But how to ensure this motion is a success? Try to keep the arrest timeline in mind or jot down the event sequences. If your friend or knowns have recorded a video of your arrest, try to preserve it securely.

The police are not required to read the Miranda terms and conditions before an arrest. You can be asked questions and responses may be used in court. The rights are truly relevant when someone is in custody and is subject to interrogation. By custody, it is the restriction of freedom of action in any definite manner and is not solely limited to being held inside a police car or station. The officer must let you know of the following components:

Attorneys strictly instruct you to keep your mouth shut since the accused often end up revealing information that can be used as incriminating ‘evidence of guilt’. People charged with crimes feel that their case will be dismissed if the Miranda rights are not recited. But that is not true. For instance, if the police detain you for driving under the influence of drugs and you admit the same, the case can be subjected to action. No Miranda warning is required since you were not under custody at this point.

Having clear knowledge can help save yourself from harassment. For example, if the police start questioning you before briefing you on Miranda rights, then it is a violation of your rights. The best way out is to talk to a professional and take their advice since laws can differ from state to state.

Ways To Prevent Time Theft in The Workplace

What is “Mediation”?
Scroll to top