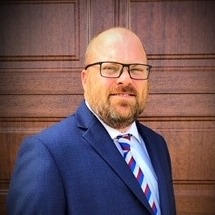 Jeremy P. Harville joined the United States Army in 2007 and served for over 10 years. His first 2 years of service was as an infantryman and included a 15-month combat deployment to Iraq. After his Iraq deployment, Jeremy switched jobs in the Army to become an Explosive Ordnance Disposal Specialist, the civilian equivalent of a bomb disposal technician. Jeremy served a 12-month combat deployment as an Explosive Ordnance Disposal Specialist in Afghanistan. Jeremy and his family moved to Germany with the Army in 2013 and lived until 2017, including a 10-month deployment to Kuwait.

While serving his country, Jeremy was able to obtain a Bachelor of Science degree in 2016 from Troy University. Attorney Harville transitioned from active duty back to the civilian world in 2017, attending law school at Atlanta’s John Marshall Law School, from which, he graduated with a Juris Doctorate in 2020. He was admitted to the Bar of the State of Alabama in 2020.

Attorney Harville uses the experience he acquired as a United Sates Army infantry soldier, and as an Explosive Ordnance Disposal Specialist, to relate to his clients’ individual needs and persevere to a winning outcome. This enables him to better advocate for his clients by providing predictability from a former soldier’s perspective and in choosing the best course of action for the client to take.