Founded in the early 20th century, workers’ compensation laws were formed to protect employees who were injured on the job. Although most people will never experience an accident at work, others work in hazardous occupations where injuries are all too common. However, even workers in the least hazardous occupations can be susceptible to an on-the-job injury.

Workers’ compensation provides monetary benefits to an injured worker for medical expenses, lost wages, and permanent scars or injuries. To recover benefits under the Workers’ Compensation Law, the employee must prove the following:

Injuries sustained in employer-sponsored recreational programs (i.e., sports clubs, parties, picnics) are not insured unless the employer has instructed the worker to participate in them. Injuries suffered while an employee is participating in a drug or alcohol rehab program are also not covered.

According to the Bureau of Labor Statistics, almost half of the injuries in the workplace included sprains and strains, along with more than 180,000 back injuries. These are usually the most reported cases. Some back injuries heal without long-term problems, while others include surgery and permanent disability and restrictions.

There are two main types of Workers’ Compensation claims, both of which are important in calculating the value of your case.

When you have received treatment and an evaluation from a doctor, you may be able to get a Permanent Disability (PD) rating. This rating is then converted into an amount based on the severity of the injury, the type of job, and your age. This amount is what is paid to you for the physical damages.

Normally, you cannot expect to get a PD for psychological disturbance secondary to a physical injury. However, you might be able to add a psychological claim when the original injury was caused by a violent crime or catastrophic event. This can include an amputation, paralysis, severe burns, or serious head injury.

How Does Workers’ Compensation Apply to American Drivers?

Due to the specific type of work, unfortunately, professional drivers are subject to various types of accidents while performing their duties. Most often they take place while the vehicle is moving on the road, but in many cases, they occur on the premises of one’s own plant or on the property of another company, like during loading or unloading. Employers in most states already pay for workers’ compensation insurance, which covers any future accidents. However, they also have the right to apply for compensation under the employer’s liability insurance. In both cases, certain conditions must be met for appropriate compensation to be granted.

Most injured workers retain attorneys specializing in worker’s compensation cases if their employer threatens to withhold compensation for an injury. Finally, employers may not fire, retaliate or discriminate against employees who have submitted documents for Workers’ Compensation benefits. 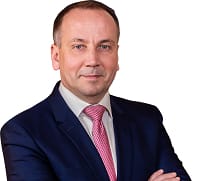 Slawomir Platta earned his degree from the University of Florida Levin College of Law. He’s been trying motor vehicle accident cases throughout the Courts of New York for almost 20 years and recovered over $100 Million in verdicts and settlements.

Why You Need an Experienced Drug Possession Lawyer in Lubbock, TX?