Everyone knows that it’s dangerous to get behind the wheel of a car after consuming drugs or alcohol. Unfortunately, many people do it anyway and put others in harm’s way. When someone chooses to drive their vehicle under the influence, they increase the risk of being involved in an accident. Below is more information about what legally constitutes driving under the influence and the consequences a drunk driver might face if arrested in Florida.

You could face a charge of driving under the influence (DUI) if you’re in actual physical control of a motor vehicle and:

When a driver is impaired by drugs or alcohol, it isn’t easy to control the vehicle and focus on the road ahead. Driving under the influence can lead to any of the following symptoms: 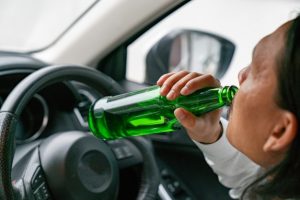 The penalty you face will depend on various factors, including whether you have a prior DUI conviction and the severity of your offense.

According to Florida statute chapter 316, section 193(2)(a), you could face the following penalties:

You could also lose your driver’s license for 180 days to a year for a first-time offender or up to five years if you’re a second-time offender. Florida statutes might require that you install an ignition interlock device to check your alcohol levels before you’re allowed to start the car.

The penalties for three or more DUI convictions are below.

If you cause an accident in Florida while under the influence of alcohol or drugs, you could face enhanced penalties for injuries or fatalities that occur.

If your DUI offense leads to property damage or bodily harm, you could face a first-degree misdemeanor charge. The penalty is up to one year in jail and a $1,000 fine. Causing severe bodily injury is a third-degree felony with a five-year jail sentence and up to $5,000 in fines.

If you’re facing a DUI conviction and your accident contributed to the death of someone else or an unborn child, that’s considered DUI manslaughter, a second-degree felony. The penalty is a maximum of $10,000 fine and up to fifteen years in jail. If you fled the accident scene and an injured person ended up dying, you could face a maximum of 30 years in prison.

If you are arrested or charged with DUI, you should seek legal representation immediately. If you wait too long, you could unknowingly give up your rights and risk the future of your legal case.

When you’re facing a DUI conviction, it can be an overwhelming and stressful experience. You won’t have to go through this alone. A criminal defense attorney will stay by your side from start to finish of your case and make themselves available to provide you with the support and guidance you need. It’s crucial to remember than an arrest never guarantees a conviction, so make sure to hire an attorney to defend your rights.

If you were arrested or charged with DUI and don’t know what to do next, make sure to contact a Pensacola DUI lawyer to discuss your rights and legal options. Your lawyer will evaluate the case against you and will discuss the strategies necessary to get the charges against you reduced or dropped.