In his lawsuit, Evans, who was fired by the city council last September, claims that he was denied separation pay and unable to clear his name from allegations of malfeasance. He also claims that the city accused him of malfeasance to avoid paying him a severance package and that three council members conspired to fire him in retaliation for internal investigations he had initiated.

In his lawsuit, Evans is asking for a jury trial, damages for breach of contract, and court costs, and attorney’s fees.

When a breach of contract lawsuit comes before a court, the judge or jury must decide:

The type of breach of contract impacts the potential damages that may be awarded.

One type of breach is a minor breach, which means that the contract was only partially broken. So, for example, if you hired house painters to paint your house and they finished two weeks late, this would be considered a minor breach. They did deliver the service, but they failed to meet the terms of the initial contract.

Breaches of contract can also be material. This means that you received something substantially different than what was promised in your contract. A good example of this would be if you agreed to design a website for a business, but then the business didn’t pay for the work. Another example would be if your employment contract stipulates that you are to be paid a severance if your employment is terminated and you aren’t paid that severance, as is alleged in Evans’ case.

Remedies for Breach of Contract

Contract litigation lawyers in West Palm Beach seek various remedies on behalf of their clients, which vary depending on the type of breach of contract. Some possibilities include:

The appropriate remedy depends on the type of breach, as well as the specifics of the contract in question.

Shortly after Evans filed his lawsuit, the city agreed to enter mediation, which is an alternative to contract litigation. Mediation is a multi-step process with a neutral party, called a mediator. In mediation, both parties work to resolve their conflict outside of the courtroom.

If mediation is successful, both parties come to an agreement, which is then binding in the eyes of the law. If mediation is not successful, the issue may be decided in court. Mediation is less expensive than other legal proceedings and can be kept confidential. Contract litigation lawyers in West Palm Beach can guide you through the mediation process. 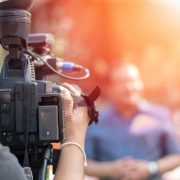 Contract Litigation Lawyers in West Palm Beach Explain Everything You Need to...