According to KBMT-TV, a Lumberton man was recovering in a Beaumont hospital after being struck by a Buick LeSabre while helping firefighters clean up debris from another crash that morning. The 37-year-old man told KBMT that he was grabbing breakfast at Gator’s convenience store at the corner of Fannett Road and Cardinal Drive when the first crash occurred and was then struck by the Buick after it ran a red light at about 6:15 a.m. 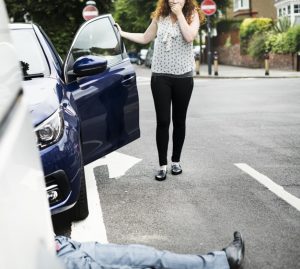 The man suffered a serious head injury and lacerations to his hand and knee. He told KBMT that he had no recollection of the accident even occurring, stating that he remembered helping firefighters clean and then awoke in a hospital.

After any pedestrian accident, your first step should be to contact the local law enforcement agency to report the crash, but you also need to seek medical attention.

If you wait days or weeks to have injuries that develop symptoms later examined, the insurance company will very likely use your delay in treatment against you. They may claim that you did not properly care for your injuries, or they could argue that seeking medical treatment later is proof of injury claims being exaggerated.

Another beneficial step you can take at the scene of a pedestrian accident is photographing everything that was involved, getting pictures of cars, people, and other factors from different angles and distances. When other people saw your accident, ask them for contact information such as names and phone numbers in case these individuals are needed as witnesses.

You should always avoid speaking to an insurance company after your accident. You will generally be told that a claims adjuster has been assigned to your case, and then that claims adjuster will inevitably ask you to provide a recorded statement that is presented to give your side of the story regarding the crash.

Never agree to provide any recorded statement to an insurance company without a lawyer. Insurers will use a variety of tricks to get people to unknowingly make very damaging statements that could harm their personal injury cases.